First, a standing ovation, please for the unfreakingbelievable Diana Nyad!! 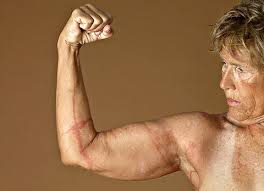 After she swam 103 miles in 53 hours (without sleep or a shark cage or fins), Ms. Incredible said, "…you are never too old to chase your dreams."

That's why you're here. That's why you're trying to get into the habit of taking just 15 minutes a day, every day to write, Even if… no, especially if at some point in the last two days, you didn't write.

I'm not going to scold you, but if you want, I can brew a cup of tea. And scones, they always help when you hate yourself for not-writing. 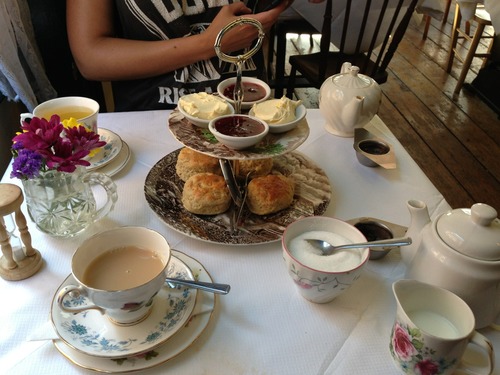 OK, maybe that was a little over the top.

The point of these 15 minutes a day goes a little deeper than you might imagine.

1. It forces you to reexamine how you choose to spend your time.

2. It makes you be honest with yourself about how important the writing dream is to you.

3. It teaches you that you do not need 8-hour stretches of completely free time that magically coincide with an Internet outage and you feeling so inspired, you swear the Muse is nibbling on your earlobe.

4. By touching base with your creative self every single day, you make your life about one billion times easier in those precious, rare moments when you have an hour or three to focus on your story.

Have you missed a day? STOP WORRYING ABOUT IT. We're not going to kick you off the team. Here, have some more tea.

Instead of freaking out about whatever it was that got in the way of your fifteen minutes, just start writing. OK?

Today's non-fiction prompt: If this is truly day 3 for you, write about what the last couple of writing sessions have felt like. Harder than you thought? Easier? Why? If you haven't quite gotten the hang of taking those 15 minutes, write about what got in the way and how you feel about it.

Today's fiction prompt: Pretend your character is trying something crazy, something lonely, like swimming from Cuba to Florida without a shark cage at age 64. Alternate between the extreme physical nature of the challenge ans the character's thoughts. Change up the activity and character as you see fit.