I’ve known about this for weeks and have just about exploded because I couldn’t say anything.

BUT NOW I CAN!

The first official review of FORGE is in, and it is decorated with a very shiny star, courtesy of Kirkus.

“At the end of Chains (2008), Isabel rescues her friend Curzon from Bridewell Prison and rows away from Manhattan in their escape from slavery. Now, in the second of the planned trilogy, Isabel goes her own way, and 15-year-old Curzon takes over as narrator. Passing as free, he joins the Continental Army at Valley Forge during the winter of 1777-78, where, against the most desperate of circumstances, he forges a friendship with fellow soldiers. When he is enslaved again and meets up with Isabel, he and she must once again take liberty into their own hands and find a way to escape. Weaving a huge amount of historical detail seamlessly into the story, Anderson creates a vivid setting, believable characters both good and despicable and a clear portrayal of the moral ambiguity of the Revolutionary age. Not only can this sequel stand alone, for many readers it will be one of the best novels they have ever read. A good match with Russell Freedman’s Washington at Valley Forge (2008). (appendix, glossary, acknowledgments) (Historical fiction. 10 & up)”

(bold-faced emphasis added by me. ‘Cause, ya know, I’m just the teeniest excited about this.) 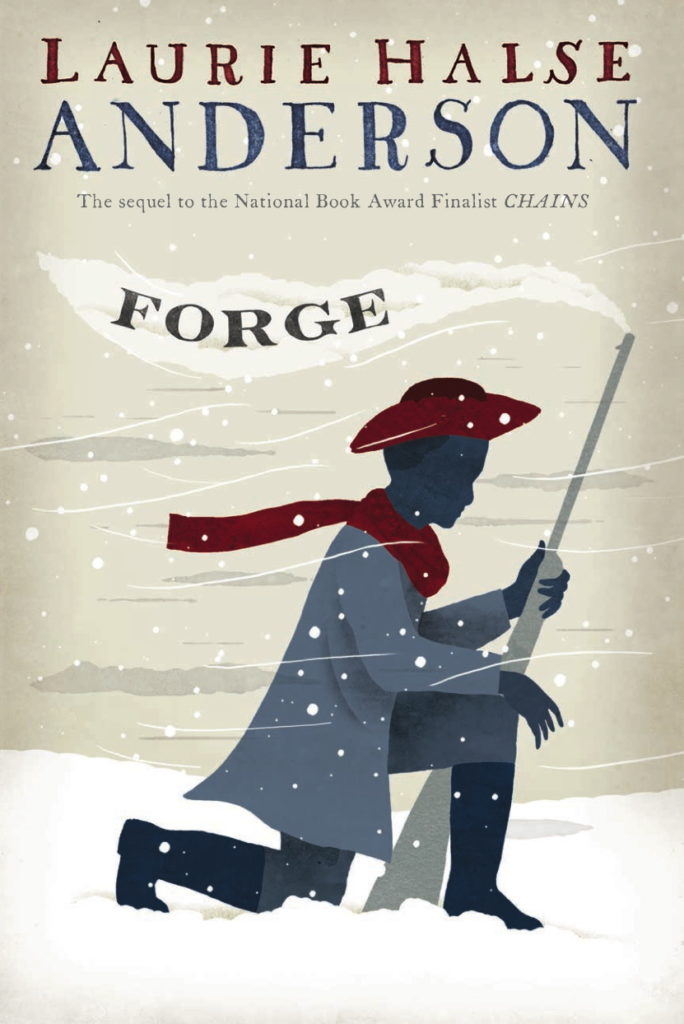 FORGE should be showing up in bookstores in about five weeks.

::screams in terror and delight::