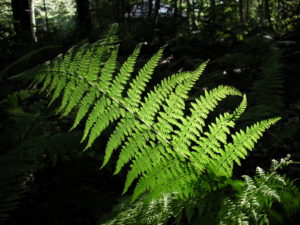 The research for the speech I gave on Thursday wound up taking a lot longer than I thought it would, but it was worth every minute. The speech was about literacy and literature in Central New York (which I call the Heart of New York), and included one of my patented rants about how we Americans should not rest until everyone in our country is functionally literate. I gave the speech to a room of very nice people – the folks who head up local charities and libraries, as well as the business groups which donate to both. So, yeah, I was preaching to the choir. It was great.

(If anyone cares, I’ll post a link to the speech tomorrow.)

One of the highlights of the afternoon was seeing my fifth grade math teacher again, Mrs. Williams. She was the most beautiful teacher at my elementary school, and all of us girls had mad crushes on her. I didn’t even care that she taught math, I just wanted to be like her – dignified, elegant – when I grew up. I still do. I also met a girl (I think her name was Tiiso) who is a fourth-grader at that same elementary school – Ed Smith. That was fun and she was adorable.)

Hung out with my mom all morning, feeding her doughnuts and pumping her for stories about WWII, and what it was like to be a country girl and go to Brooklyn at age 18. She has great stories to tell. My ongoing war with Medicare on her behalf might reach a peaceful resolution, but I’m waiting until I see everything in writing before I believe it.

This afternoon I’m writing and mentally preparing for this evening’s games. Tomorrow I head towards Buffalo. I’ll be speaking at the Lancaster Middle School on Monday and the Lancaster High School on Tuesday.

This is the most enlightening and mind-opening essay I have read in a very long time. Please read it. Along with essays like that, I’ve been chewing my way through fantasy novels that I missed the last two decades. Neil Gaiman is still my #1 Author, but now I’m into Diana Wynne Jones. I tried to finish Charles DeLint’s Trader, but didn’t love it. Can someone recommend another one of his books to me?