I debated for a long time about this post. I generally try to stay postive when I'm talk about writing and making art. The world can be a harsh place, right? I didn't want to add to that negativity.

But evil festers in darkness. 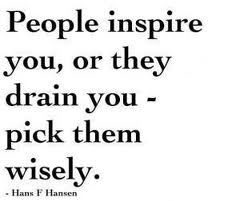 I want to talk about the people who are shitting on your dream.

Sometimes they're obvious; the neighbor who mocks you openly at parties, or the relative who rolls her eyes when you say you're working on a novel. Those haters are easy to spot and avoid. (They are also fun to turn into characters!)

It's harder to spot the parasites. They pretend to support your dream, but they work to undermine your confidence. You might have one in a critique group. You'll likely find a couple at a writer's conference or in a creative writing class.

The most dangerous parasite might be in the front of the room.

One of the reasons I am not a huge fan of MFA programs is that I have heard too many horror stories about Creative Writing professors who were monsters in disguise. (Yes, I know there are amazing, dedicated, kind, generous professors out there. I'm not talking about them.) I've heard stories of professors who amp up the competitive environment in their classes until people are reduced to tears. Professors who tell students that they have no talent. Who turn the peer critiquing process into a bloodsport.

If you have a professor like that, drop the class. That filthy atmosphere of ego and bile usually develops because the professor is a failed writer who can only justify his inability to be published by destroying the creative dreams of others. 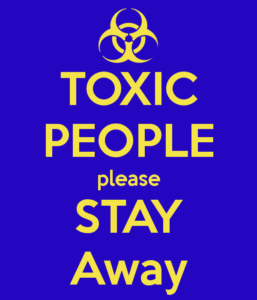 You'll run into people like this outside the classroom, too. One of them might pretend to be a friend. This happened to me.

I had left the second critique group I mentioned in yesterday's post and had not yet found the critique group that was the best thing that ever happened to me. I met a fellow struggling author at a conference. We lived fairly close to each other and we hit it off. A friendship developed, based largely on critiquing each other's manuscripts and drinking bitter tea.

I'll spare you the red flags I should have noticed. The point is this: she was the first person to read SPEAK. She wrote me a three-page, single-spaced critique of the manuscript. It was the most damaging three pages I ever held in my hands. She did not critique the book. She attacked me, personally, for what I wrote about and how I wrote it. She eviserated me.

It was the nicest thing she could have done.

Her response was so over-the-top hateful that it made me step back and look at our relationship. I realized that I had given her all the control. I had allowed her to say hurtful things to me in the past without challenging her. I'd brushed off her nasty critiques of my other manuscripts by convincing myself that she was trying to make me better.

She'd done the same thing that my high school art teacher had done to me. I LOVED art when I was a kid. I loved drawing and painting and mucking around with clay and paper maiche until that art teacher told me I sucked. He said I had no talent and then he ignored me for the rest of the year. I was young and still thought adults knew what they were talking about so I believed him. I didn't draw another thing for thirty years.

(I draw now. And I paint. And I muck around with clay and all sorts of things.)

People who care about you and your dreams will not attack. They will work with you to find out where you are with a draft, what kind of information would be helpful to you as you consider your next revision. They will never call you names or put down your lofty goals. They will support you the way that you support them. 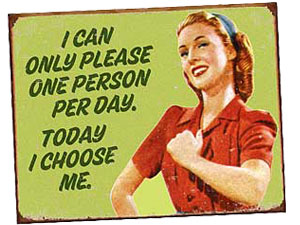 A lot of friendships come with expiration dates. If someone in your life is sabotaging your writing dream, examine that relationship the way you would a package of old bologna. Does it pass the smell test? If not, say good-bye and make new friends.

Non-fiction prompt – Write a letter to someone who made you feel bad about wanting to write. This can be someone in your life now or in your past. Now right a personals ad looking for a friend who thinks your dream is amazing.

Fiction prompt – Write a scene in which a creative writing student stands up to the bullying atmosphere in class. Feel free to take over the campus and start a revolution.