A guy named Richard Swier in Florida thinks that SPEAK is “child pornography.”

I wish I were making that up.

SPEAK is cautionary tale about the emotional aftermath of rape. It tackles bullying, depression, rape, sexual harassment, and family dysfunction. It teaches children that when bad things happen, they need to speak up, even when it’s hard. It has given hope to tens of thousands of readers since 1999. It is a standard in curriculum across the country.

Swier’s quest would be laughable except that there are a couple of uninformed people who think that he knows what he’s talking about. Since he has picked apart my work, let me return the favor.

In this “article” (and I use that term loosely), Dick tries the fan the flames of horror.

(Note to people who want to burn my book but can’t be bothered to read it in order to track down the swear words. Swier has done your job for you, complete with page references. Great job, Dick!)

Dick is a Tea Party activist. He has a lot of fascinating opinions. Writing for the Tea Party Nation in 2011, he said “The White Anglo-Saxon Protestant (WASP) population in America is headed for extinction and with it our economy, well-being and survival as a uniquely America culture.”

Dick says the bullying of LGBT kids is not bullying, “It is peer pressure and is healthy. There are many bad behaviors such as smoking, under age drinking and drug abuse that are behaviors that cannot be condoned. Homosexuality falls into this category. Homosexuality is simply bad behavior that youth see as such and rightly pressure their peers to stop it.”

He also thinks that the Muslim Brotherhood has infiltrated the White House.

A round of applause, please, for the review committee at Laurel Nokomis School in Sarasota County, Florida, who, according to their policy, reviewed the book and decided to keep it.

The challenge now moves to the district level. 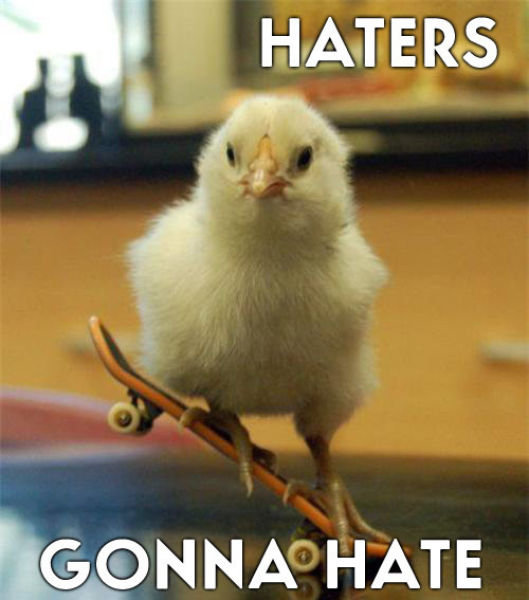