“In a stunning first novel, Anderson uses keen observations and vivid imagery to pull readers into the head of an isolated teenager. . . . Yet Anderson infuses the narrative with a wit that sustains the heroine through her pain and holds readers’ empathy. . . . But the book’s overall gritty realism and Melinda’s hard-won metamorphosis will leave readers touched and inspired.”
—Publishers Weekly, Starred Review 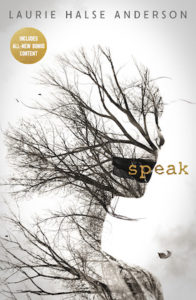 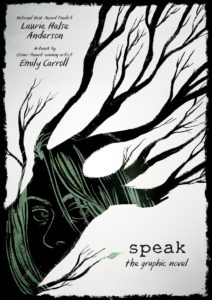 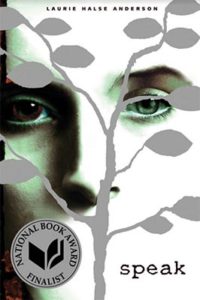 Melinda Sordino busted an end-of-summer party by calling the cops. Now her old friends won’t talk to her, and people she doesn’t even know hate her from a distance. The safest place to be is alone, inside her own head. But even that’s not safe. Because there’s something she’s trying not to think about, something about the night of the party that, if she let it in, would blow her carefully constructed disguise to smithereens. And then she would have to speak the truth. This extraordinary first novel has captured the imaginations of teenagers and adults across the country.

Speak has been translated into 35 languages, including: