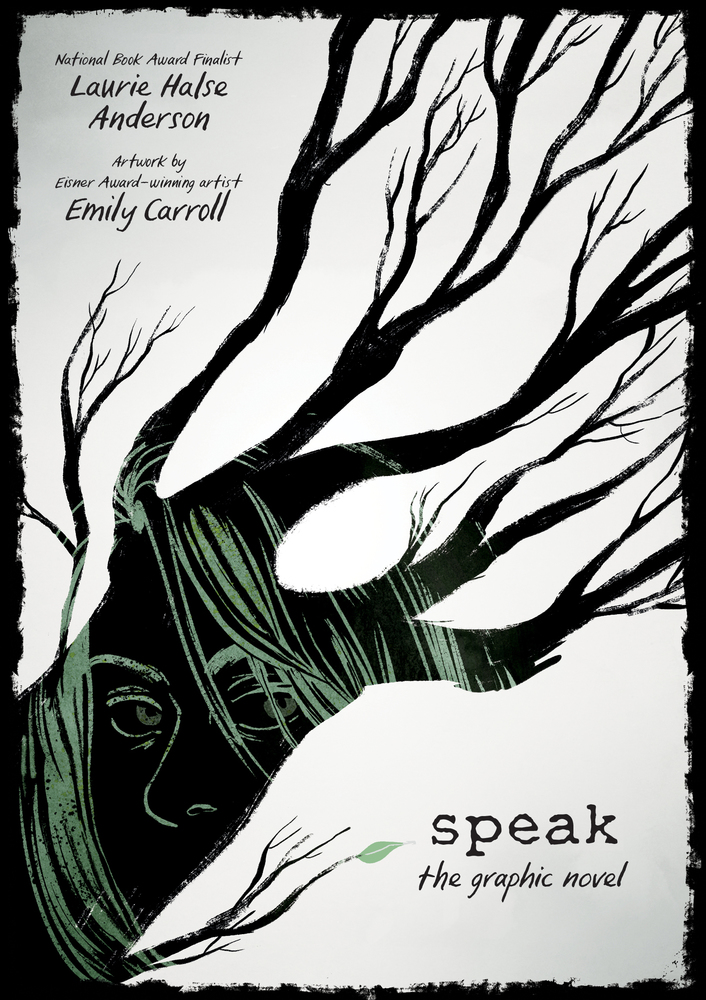 Also available in Spanish and French!

Illustrated by Emily Carroll
The critically acclaimed, award-winning, modern classic Speak is now a stunning graphic novel. “Speak up for yourself-we want to know what you have to say.” From the first moment of her freshman year at Merryweather High, Melinda knows this is a big fat lie, part of the nonsense of high school. She is friendless—an outcast—because she busted an end-of-summer party by calling the cops, so now nobody will talk to her, let alone listen to her. Through her work on an art project, she is finally able to face what really happened that night: She was raped by an upperclassman, a guy who still attends Merryweather and is still a threat to her. With powerful illustrations by Emily Carroll Speak: The Graphic Novel comes alive for new audiences and fans of the classic novel.

See sample art from the book

Praise for Speak: The Graphic Novel

“Melinda is already a pariah on her first day as a freshman at Merryweather High. She involved the police in an end-of-summer party, and now everyone shuns her. Unable to tell anyone what actually happened at the party, Melinda withdraws more and more into herself. Rarely speaking, ditching classes, and ignoring school assignments, she spirals downward into apathy and depression. One of the few people to reach her is her art teacher, who helps her express with art what she has so deeply and painfully buried. This potent retelling of the modern classic Speak blends words and images to create magic: a new representation of a teen whose voice is ripped from her, the battles she must wage to find it again, and the triumph of finally being able to speak out. Carroll’s grayscale artwork perfectly depicts the starkness of Melinda’s depression through strong ink lines and striking panels that rely on pencil and charcoal textural effects for the backgrounds. The characters are distinct and the action flows naturally; it is amazing how closely this version evokes the style and feeling of the original. The dialogue is pulled directly from the novel and enhances the progression of the story and of Melinda’s emotions. VERDICT This gripping, powerful work will introduce Speak to a brand-new audience and enthrall longtime fans. Admirers of Carroll’s Through the Woods will also appreciate this timeless tale.” –Kelley Gile, Cheshire Public Library, CT; School Library Journal Starred Review

“Anderson’s searing debut novel, Speak (1999), about Melinda, a high school freshman dealing with the traumatic aftermath of rape, is filled with deep feeling, empowering triumph, and moments of startling horror. Not only is Melinda trying to forget her rape—a challenge when her rapist freely wanders the halls of their school—she’s flailing in her classes and an outcast among her peers, until an art class assignment and some slow-building friendships give her the courage to speak up. Carroll, well-known for her horror comics, does an excellent job of bringing the vignettes of Anderson’s novel to the graphic format. In finelined, grayscale artwork, Carroll powerfully evokes moods with creeping, smudgy shadows; faces with missing eyes and mouths; and jagged panel borders. Grasping hands reach down from tree branches until trees and hands are tumbled together in a juddering haystack of overlapping lines. Those moments are striking, but they’re even more striking when set against scenes of Melinda’s quiet, isolated day-to-day reality, as well as her gradual growth and steps toward recovery. Carroll strikes a deft balance, gracefully juggling the acute terror of Melinda’s rape, the pernicious paranoia that follows her in its wake, the swirling rumors and bullying surrounding her, and glimmering moments of hope and comfort. With spellbinding artwork, this exceptional adaptation masterfully does justice to its source material while adding new depth and nuance.” — Sarah Hunter, Booklist Starred Review

“Carroll’s stark black-and-white illustrations are exquisitely rendered, capturing the mood through a perfectly calibrated lens. With the rise of women finding their voices and speaking out about sexual assault in the media, this reworking of the enduring 1999 classic should be on everyone’s radar. 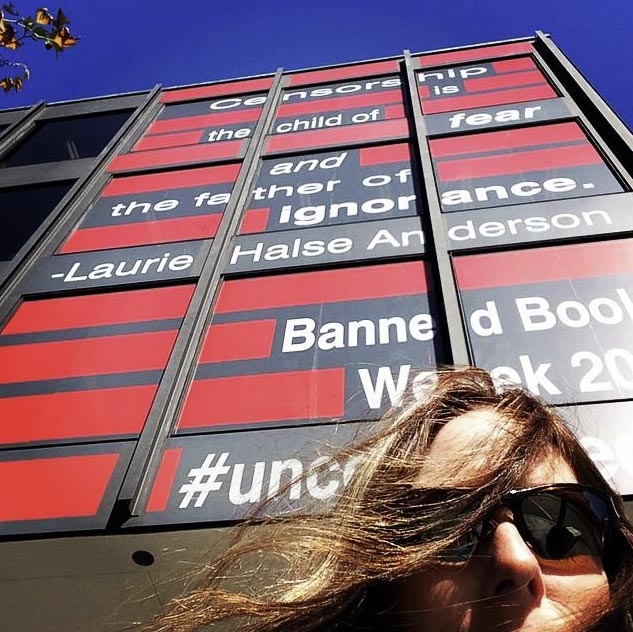