Connect with the Hamilton Musical! 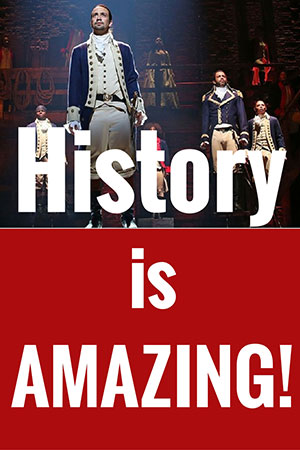 “And so the American experiment begins…”
“Yorktown (The World Turned Upside Down),” Hamilton

Laurie Halse Anderson and Hamilton: An American Musical’s creator Lin-Manuel Miranda share a passion for the founding events of the United States of America and for the nation and her people today.

Laurie has heard from a number of educators and families who use the songs* from Hamilton in their teaching and enjoyment of Chains, Forge and Ashes. There have also been documented reports of school libraries filled with students singing along to the music….At the top of their lungs…. As the librarians beam with pride and the history teachers weep with joy.

How does Laurie feel about that?

This page was created to help you create magical mash-ups with the musical and books.

Your starting point to incorporate Hamilton into the teaching/enjoying of the Seeds of America trilogy should be the astounding annotation project to the Hamilton lyrics at Genius.com. These annotations have been approved by Lin-Manuel Miranda and are embedded on the Hamilton musical’s website and on Spotify. If you or your class have annotations that they want to add to the site, the Hamilton project editors make it easy to do.

There is also an entire page devoted to Hamilton Apocrypha on Genius.com.

And you can check out Hamilton’s own papers at the Alexander Hamilton Papers Collection from the Library of Congress.

Note: several characters, places, and incidents crop up several times in both the musical and the trilogy. This list highlights the most significant parallels. If you find something that you feel should be added to this list, please email assistant@madwomanintheforest.com. Be sure to give your name and school, so we can give you the credit you deserve!

Act I (Largely composed of songs about the Revolution) 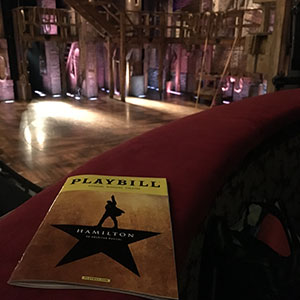 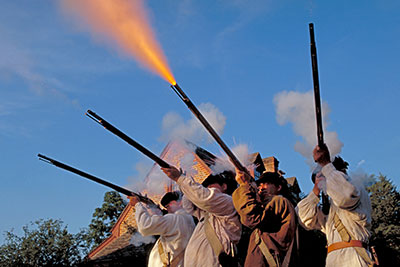 Forge
George Washington is mentioned many, many times, seen a few times, and quoted throughout the book

Forge
* Chapters 14 – 62 take place at the Valley Forge winter encampment. This song is largely based on the challenges faced by the Continental Army at Valley Forge, as well as the development of Washington’s new battle strategies, Hamilton’s letter writing campaign to members of Congress, and John Laurens’ plan to free men held in slavery so they could join the army (which sadly never happened). After the army marched out of Valley Forge in June, 1778, they fought at the Battle of Monmouth. 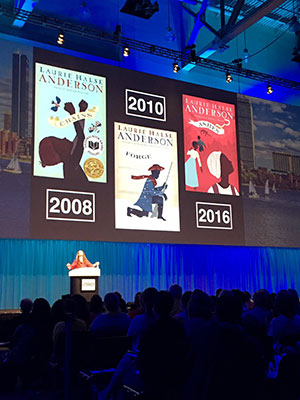 Ashes
* Chapters 17 – 29 take place in Williamsburg, VA in the weeks leading up to the Siege of Yorktown, and on the road with the army (mostly) to get to the American and French encampments surrounding Yorktown. The involvement of the Marquis de Lafayette was critical to getting the French to side with the Patriots. The British could not have been defeated at Yorktown without the significant amount of help provided by the French.

* Chapters 30 – 45 take place during the Siege of Yorktown, the final battles, and the weeks after as the British army was marched away to prison camps, and the American Army divided to continue fighting their enemy.

Ashes
* Chapters 17 – 29 take place in Williamsburg, VA in the weeks leading up to the Siege of Yorktown, and on the road with the army to get to the American and French encampments surrounding Yorktown
* Chapters 30 – 45 take place during the Siege of Yorktown, the final battles, and the weeks after as the British army was marched away, and the American Army divided to continue fighting their enemy.
* Chapter 39 Isabel learns that Curzon is a member of the troops led by Alexander Hamilton to attack the redoubt held by the British
* Chapter 40 – 42 The attack is successful, but Curzon was wounded.
* Chapter 43 The British surrender

Act II (Events after the Revolution)

Chains, Forge & Ashes
* Be sure to read the Genius.com annotations for this song that discuss how the men who fought the war for freedom and founded the American government dealt with the issue of American families held in slavery. This is an ongoing issue through the trilogy. 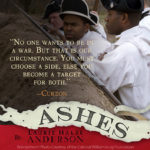 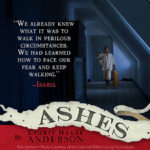 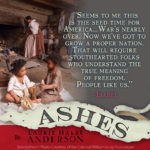 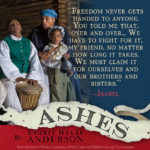 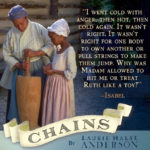 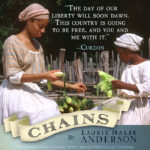 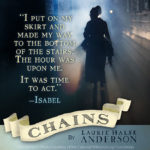 Lin-Manuel Miranda and Jeremy McCarter wrote Hamilton: The Revolution about the creation of the play, including the full text of the libretto with footnotes, email, and notebooks about the production.

The Gilder Lehrman Institute of American History partnered with Hamilton to create opportunities for Title I high school students to see the show, and with author Ron Chernow to provide a wealth of resources for educators and families.

The view from over the pond – Britain’s The Guardian newspaper’s “Why Hamilton is making musical history.”

The New York Times looks at Hamilton as a source of inspiration for students.

Columbia University has a comprehensive view of Alexander’s Hamilton’s interactions with enslaved people, his attitudes about slavery, and his work in abolitionist and manumission groups.

*Please note – the standard version of the cast recording contains some words that are frowned upon in many schools. But fear not! There is a less-profane version by the Original Broadway Cast available! (Be sure to check out Jack Cheng’s article in The Public Humanist, “Hamilton and My Kids” for some perspective on the amount of profanity in the show.)