Born into slavery in Andover, MA and was able to buy his freedom at age 22. He enlisted as a Minute Man in 1775 and June 16 of that year, marched with his company to a hill now known as “Bunker Hill.”

Poor fought with amazing skill at Bunker Hill, killing British Lieutenant Colonel James Abercrombie as well as several British soldiers. A group of fourteen officers who had watched him in battle petitioned the General Court of Massachusetts, declaring that Poor had acted like an “experience officer” and concluded, “We would only beg leave to say in the person of this negro centers a brave and gallant soldier.”

After Bunker Hill, Poor reenlisted several times, fought at the Battles of Saratoga, Monmouth, and White Plains, and endured the winter encampment at Valley Forge.

In 1975, the 200th anniversary of the Battle of Bunker Hill, the United States Postal Service issued a commemorative stamp for Salem Poor in honor of his heroism during the battle, and the fact that his important role had been overlooked by historians for centuries. 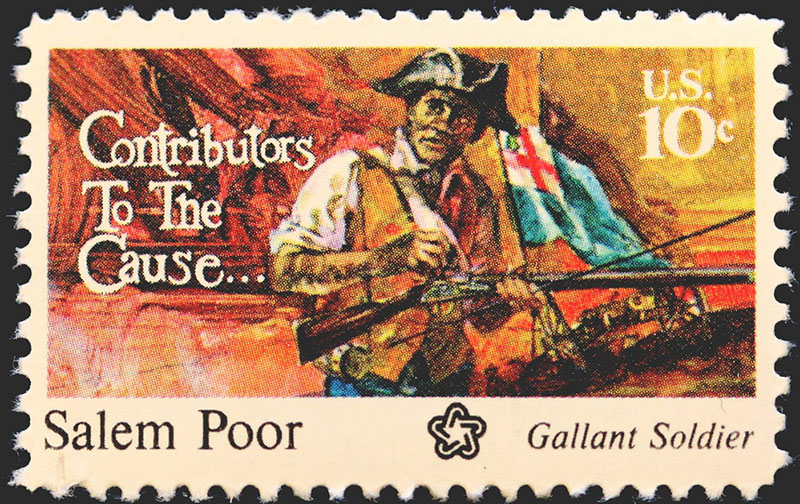