Born into slavery in Williamsburg, VA. He volunteered to work as a spy for the Marquis de Lafayette and became one of the most important figures in the American Revolution. He was extremely brave and talented; first he became a guide and servant to the British officers of General Benedict Arnold (the notorious traitor), and later he worked at and spied on the headquarters of British Lord Cornwallis, all the while sending valuable information back to the Marquis.

The Marquis de Lafayette wrote a testimonial about the dangerous and critically important work that James performed during the war. The Virginia Assembly granted James his freedom because of the support of the Marquis. James changed his last name to Lafayette and two remained life-long friends. 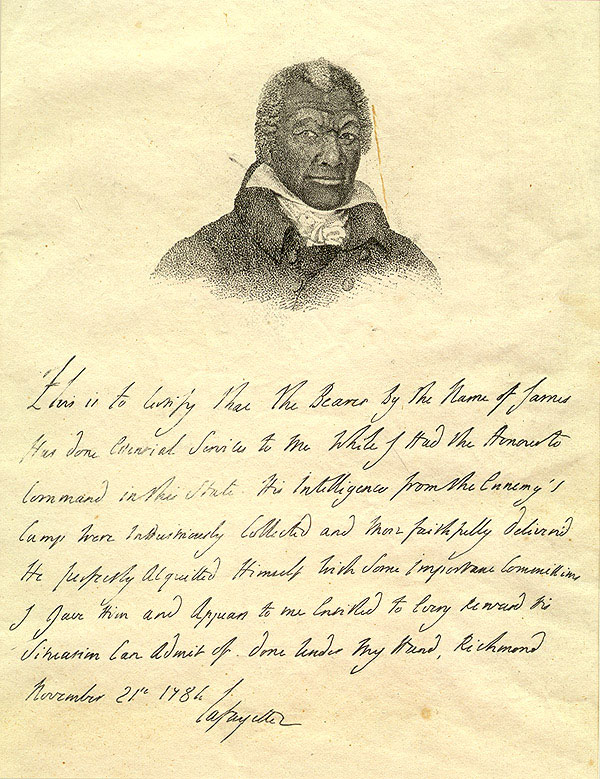