Born into freedom in Dinwiddie County, VA. When he was 15 years old, Andrew and his father were captured by the British. After two weeks of terrible treatment, they managed to escape and enlisted with Nathanial Greene’s regiment of the Continental Army. Andrew served for two years and fought at the Battles of Brandywine, Camden (where he was wounded in the leg), King’s Mountain, Pacolet River, Musgrove’s Mill, Cowpens, Guilford Courthouse (where he was wounded in the head), Eutaw Springs, and the Siege of Fort Ninety-Six. Ferguson and his wife eventually settled in Monroe County, IN after the war. 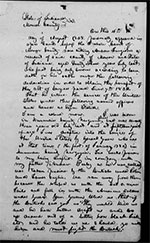