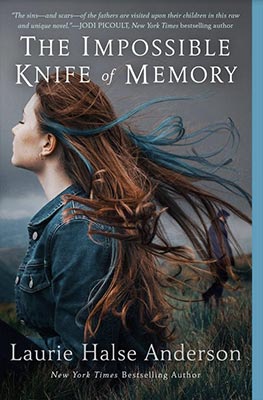 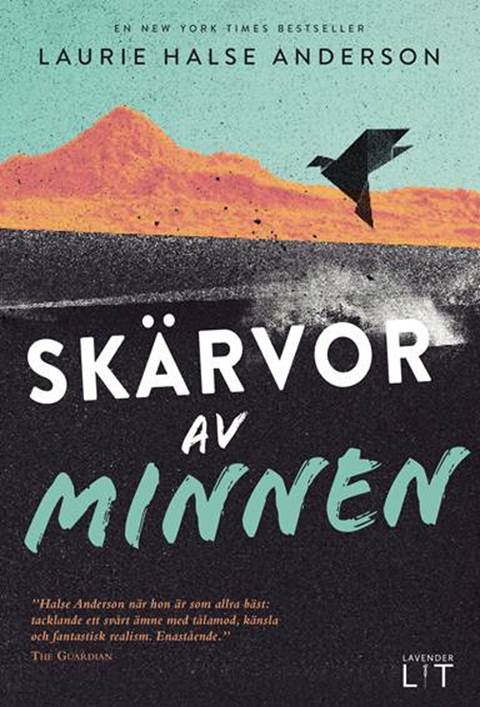 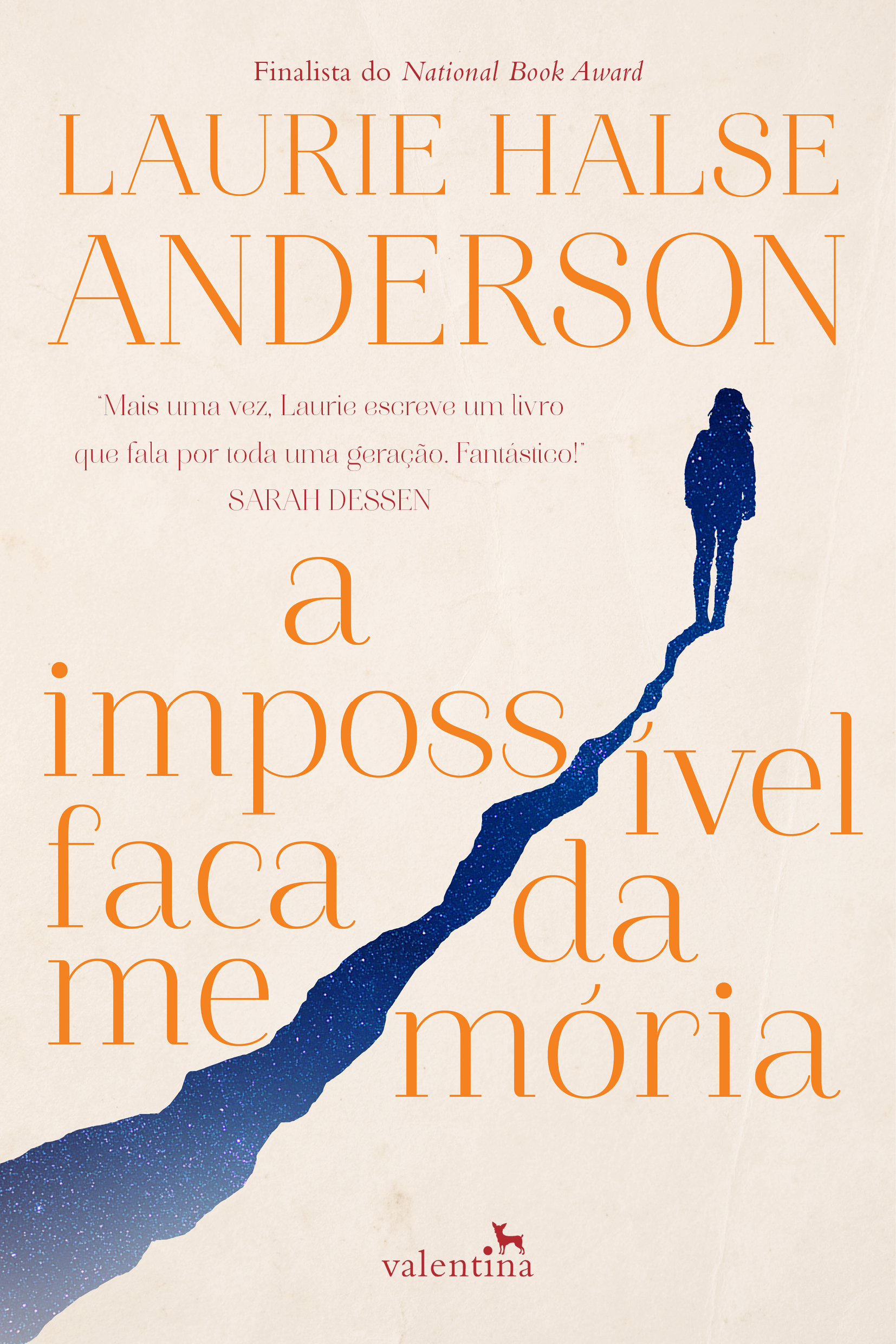 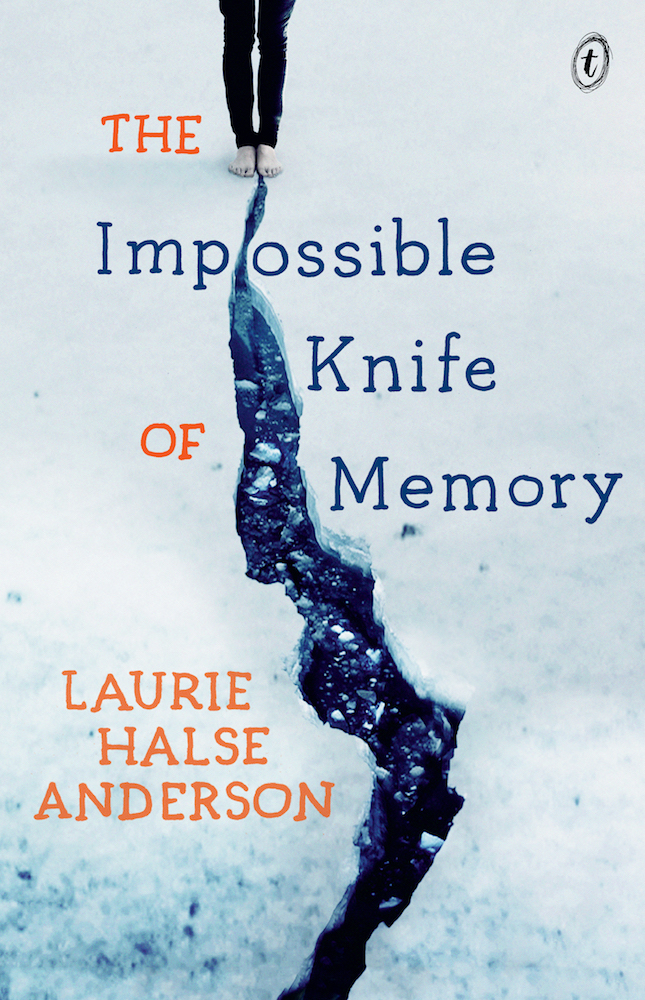 The Impossible Knife of Memory

For the past five years, Hayley Kincaid and her father, Andy, have been on the road, never staying long in one place as he struggles to escape the demons that have tortured him since his return from Iraq. Now they are back in the town where he grew up so Hayley can attend school. Perhaps, for the first time, Hayley can have a normal life, put aside her own painful memories, even have a relationship with Finn, the hot guy who obviously likes her but is hiding secrets of his own.

Will being back home help Andy’s PTSD, or will his terrible memories drag him to the edge of hell, and drugs push him over? The Impossible Knife of Memory is Laurie Halse Anderson at her finest: compelling, surprising, and impossible to put down.

for your blog or social media

Complexity and Activities with The Impossible Knife of Memory

Praise for The Impossible Knife of Memory

“The Impossible Knife of Memory isn’t always an easy read-Anderson’s gritty, authentic look at PTSD is by turns painful and heartbreaking-but it’s an important one.”
—Entertainment Weekly

“Andy comes home from the war in Iraq honored for his service, and haunted by it.  The war still goes on inside of him and threatens to make Hayley another causality. Laurie Halse Anderson is one of the best known writers of literature for young adults and children in the world. ”
—Scott Simon, NPR Weekend Edition

“Laurie Halse Anderson has been lauded and awarded for her ability to channel the teenage mind (and heart) dealing with tough issues. In The Impossible Knife of Memory, she takes on PTSD through the story of a girl coping with her troubled veteran dad.”
—Family Circle

“At turns heartbreaking, at turns funny, the narrative in this book is so spot on I wanted to give Hayley my phone number so she would have a friend in times of crisis.  Seriously—does ANYONE write troubled teen characters with the realism, grace, and soul of Laurie Halse Anderson?”
—Jodi Picoult, New York Times bestselling author of The Storyteller and Between the Lines

“Laurie Halse Anderson serves the families of veterans with the same honor, dignity, and respect that the veterans, who serve us, deserve. With her trademark hope, humor, and heart-breaking realism, Laurie Halse Anderson has given us a roadmap to heal. She is a treasure.”
—Stephen Chobsky, New York Times bestselling author of The Perks of Being a Wallflower

* “Compelling, powerful, and timely . . . This is challenging material, but in Anderson’s skilled hands, readers will find a light shining on the shadowy reality of living with someone who has lived through war”
—Booklist, starred review

* “The book offers an eloquent portrait of the effects of both war and family legacies, and many readers will find reflections of their own struggle to keep family connections while obtaining their independence.”
—BCCB, starred review

* “With powerful themes of loyalty and forgiveness, this tightly woven story is a forthright examination of the realities of war and its aftermath on soldiers and their families. One of Anderson’s strongest and most relevant works to date.”
—School Library Journal, starred review

* “It is Anderson at her absolute best, providing significant and touching realistic fiction.”
—VOYA, starred review

* “A serious subject is balanced by humorous cultural commentary, making this an intelligent, thought-provoking, and entertaining read.”
—LMC, starred review

The book reflects a bit of what I went through with my father. He was a WWII vet with PTSD whose alcoholism was a disruptive force in our family for a long time. I loved him dearly and more than anything, wanted him to get help.

Most of the book is fiction, of course, but the emotional core comes from that relationship.