When I am teaching writing to students, I sometimes tell them to think of themselves as a film director. Like Clint Eastwood, who dabbles in a little of everything; writing, acting, directing, financing, cooking, etc. The director has assembled her actors (characters), she kind of knows what she wants to do with the scene, but she isn’t quite sure of the specifics (the unfolding of the narrative) or the camera angles.

OK, maybe this director isn’t Clint. I imagine he’d have all of this nailed down before the filming began.

(If you are on an early draft of your project, this analogy make more sense if you think of yourself as Christopher Guest directing, writing, and acting in Best In Show, because so much of the dialog was improvised.)

So there you are, actors/characters standing around yawning, texting, filing nails, eyeing the snack table while you are burning valuable daylight. You know this is supposed to be a scene about two frenemies running into each other at the grocery store, but you can’t figure out how to get the scene started.

In situations like this, I tell the students to experiment with the kinds of shots available to a director; close-up, medium, or long shot. I have often rewritten scenes three times, starting with a different camera angle and length of shot as I try to figure out which works best for the scene. The long shot would show the entire grocery store and would have many different kinds of action. A medium shot would be composed of say, one aisle, and might contain two or three characters.

Choosing the close-up shot is the most challenging of all. It can lead to some of your best writing. At the same time it might make you tear your hair out and register for graduate school courses in accounting, so proceed with patience and tender care for yourself.

The close-up can be maddening because there are so MANY details you can focus on! Which one is the best? The ketchup shelves? The way ketchup and mustard compete for shelf space? The way the smears of red and the yellow look if the character forgot to put his glasses on? (Why did he forget his glasses, btw?) The torn label on the third bottle of Heinz organic ketchup? Or the dried wad of gum sitting on the shelf in front of it?

I’ve found that if I keep pondering until I find the right details to focus on, the rest of the scene falls into place.

“Taking a new step, uttering a new word is what people fear the most.” Fyodor Dostoyevski

Turn off the phone and Internet and tell your loved ones that even though it’s Saturday, you need fifteen minutes to write. Put up your boundaries in a friendly way.

Free-write a scene that starts with a tight close-up on a detail of the scene. If you can’t think of something, take a picture and enlarge it until you can only see one part of it. Write about what you can see, then slowly pull the lens back and incorporate the surrounding details. Once you have close-up details established, go back and make one or more of your characters interact with them, so you have action as well as descriptive narrative.

Need help? Use these photos. (be sure to mouse over the photos for extra help) 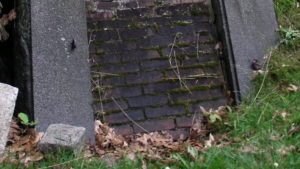 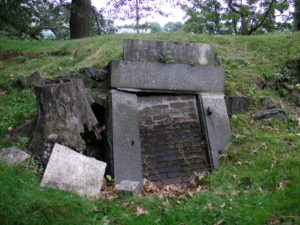